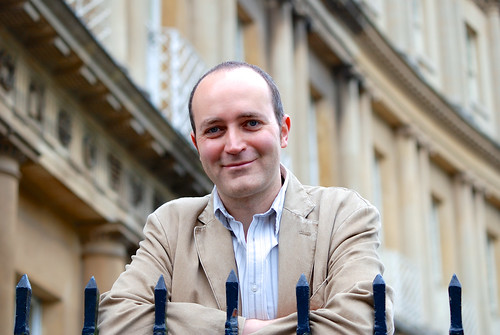 2015 has been quite the year. These are dark times in many ways, and we are seeing the rights and protections that have been hard-won over generations being torn away by the forces of arrogance, ignorance and greed. Who would have thought, at the turn of the millenium, that Britain would see a million people depending on food banks to survive, and the architects of that destitution voted in again with a majority?

The government will continue its reckless destruction of our social safety net in 2016, and it also plans a fire-sale of a huge number of our assets, more than any government in history. Selling-off profit-making assets at a loss is, of course, yet more of the economic ineptitude that this government is renowned for, and yet a friendly media somehow spins the opposition as less credible. By the time the Tories are finished we will be forced to pay profit-making monopolies to do anything - buy a house, mint coins, take out student loans - and you can bet that a significant number of these companies won’t be paying taxes in the UK either.

Also, as I write this, huge swathes of the country are under water as we face yet more extreme weather, entirely as predicted for decades as the consequence of our emissions on the environment. This year has been the warmest on record by quite some way, and 13 of the 14 hottest years on record have taken place this century. Yet the voice of the science deniers still grows louder in the press, causing far too many people to doubt the need for action even as their homes are flooded. It is beyond belief that in 2015, with the effect of climate change ruining thousands of lives in the UK, our government is actually making things worse with its failure to tackle flood prevention and stop destructive farming practices, halting of renewable energy and pushing for even greater fossil fuel use, including fracking under our national parks and other important areas.

Meanwhile, the main opposition party is in disarray, busier destroying itself than standing-up for our interests. Who knows what will happen to Labour, but fundamentally it’s a party of neoliberal free-marketers who have found themselves with a leader who is close to actually being socialist. Corbyn is a decent man, but he is in the wrong party, and sympathetic members who think that his selection as leader will change it are at best optimistic.

It would be so easy to get depressed about all of this and give up. That is what the Tories, Murdoch and the usual suspects are counting on. In 2016 they will hope that the EU referendum will keep us occupied while they dismantle the rest of the state. The reality is that the referendum is an irrelevance compared to what our own government is actually doing, but like Labour’s leadership battles it is a gift to them as they continue their work and quietly rig democracy so that they can never lose again.

We can stand up to them, because together we have the only thing they really fear, the only thing they can’t control - numbers. We are the many and they are the few, and ultimately this counts for more than you can imagine. Because what the 1% have in power depends on the 99% listening to them and believing them. We will never have the resources they have: the money, the media barons, the power. But those resources mean nothing if people choose not to believe them, not to listen to them, and not to bow down to injustice.

That is the resolution I ask you to join me in making. Help us to make 2016 the year that we open the eyes of the people to what is happening. Help others to see what is being taken away from us all and the lies we are being told to keep us compliant. Help us to take this country back from the money men to whom people are purely a vehicle for personal gain.

There is hope. Where this message gets a fair hearing we can win. In Bath this General Election we got the largest increase in vote share despite having a tiny fraction of the resources of the other parties. In every hustings where a poll was taken we came first. When people hear the message of hope and fairness they respond. We will never have as much money as those that place it above all else, so the way we kick them out is on the streets, through word of mouth, through people power.

So please, make it your resolution to help spread the word, in whatever way you can. It’s no exaggeration to say that the country, and the world, depends on it. Join our party - you’re all welcome, and we’re the only party where everyone has an equal say - ordinary people like us who don’t act for power, but to help our families, our neighbours, strangers, and the world. Not through selfishness, but for the Common Good.

I wish you, your friends and family all the best for the New Year.