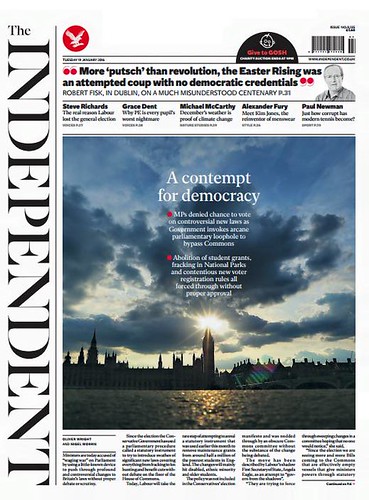 This front page from The Independent makes an important point. This government is forcing through quite extreme legislation without a debate in Parliament.

They are bypassing democracy because they know their extreme ideological agenda is unlikely to pass with such a small majority. But that doesn’t make it right. It is the duty of everyone who believes in democracy to oppose it.

You can see details in this story by The Independent.