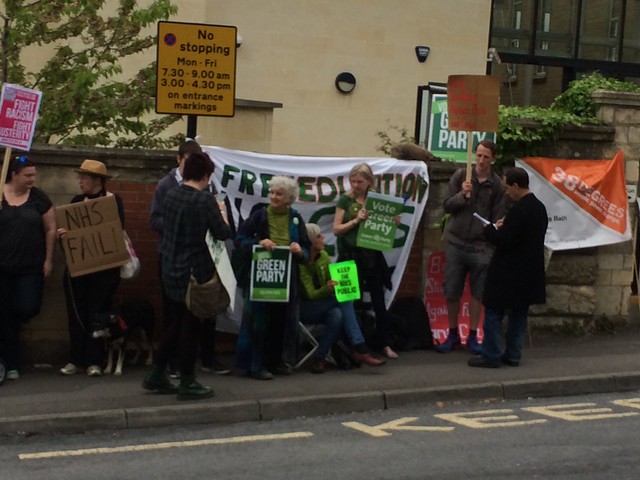 I am proud to have been part of the crowd that turned-up at Hayesfield School this afternoon to call David Cameron to account for his war on the poor, disabled and sick, and his destruction of our NHS.

The event was secret and only open to carefully selected people - the Tories don’t risk meeting the public. It was fairly telling that none of the invited rally attendees I met on my walk there were from Bath. They had arrived from as far away as Worcester.

I don’t think we could have hoped for a better result from the media coverage - just look at this ITV headline: “Cameron heckled as he makes final campaign visit to Bath”

Of course, no Lib Dems were present. Their supposed opposition to the Tories only exists when it helps them to scare people into voting tactically.