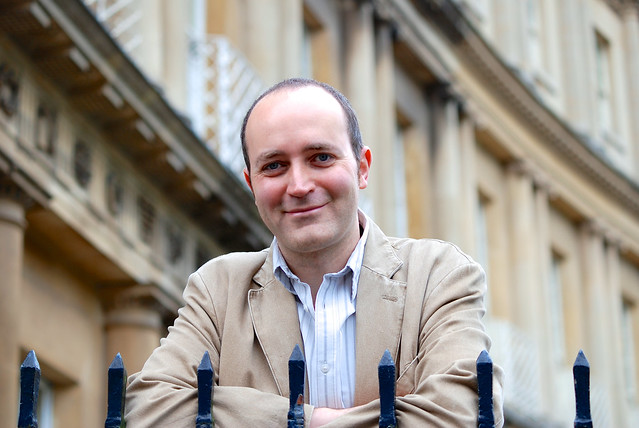 Voters of Bath, on Thursday you have an important choice to make.

You can choose one of four parties that:

You can choose one of four parties that all believe the same thing, but to different degrees.

Or… you can choose the Green Party.

Only the Green Party rejects austerity. We believe that in the sixth richest country in the world it shames us all that some people cannot afford to eat while others see their immense wealth grow ever larger. We are the only party to demand that the poorest are protected by asking the richest to pay a little more back to society. We will restore the public sector and bring back vital services.

Only the Green Party will give the NHS the £12bn extra it needs every year, halt and then push back privatisation, and ultimately scrap the failed ‘internal market’ ideological experiment that costs billions and helps no-one.

Only the Green Party believes that education should be free, and wealth no barrier to ambition. Only we will scrap tuition fees and write-off government held student debt.

Only the Green Party will ban fracking. Other parties might claim to care about the environment, but those are hollow words from any party that is willing to use ever more fossil fuels.

The system is clearly broken. There is only one real choice for change, and that choice is Green.

Finally, I want to address tactical voting. As a party we don’t support it, since we think that nothing will change if people don’t vote for what they actually want. The columnist George Monbiot has written an excellent article on this in which he says “…do we keep voting for a diluted version of Tory politics, for fear of the concentrate? Or do we start to vote for what we want? Had the people of this nation heeded the noseholders a century ago, we would still be waiting for the Liberal party to deliver universal healthcare and the welfare state.”

However, the local Lib Dem campaign seems to have exclusively consisted of telling people that it’s ‘either us or the Tories’ and some people might be tempted to believe them. It simply isn’t true, so if you are considering voting tactically to ‘keep the Tories out’, consider this:

So you see, even using the tactical argument, a Green vote is the best ‘anti Tory’ vote you can make.

All I ask is that you consider everyone standing and vote for the one that you agree with most. That is the way democracy is meant to work, and this is the first election in Bath for a long time where it can indeed work that way, whatever the other parties say. You can read what we believe here, in our manifesto.

On Thursday you can vote for someone you don’t really agree with from fear of someone worse - a vote that will ensure that nothing really changes. Or you can vote for the policies we need for a fair, just and caring society - a vote for hope.

We can do this. We must do this. For the Common Good.